What are the effects of ECU remapping?

Many people say that ECU remapping doesn’t affect fuel usage; however this is not technically true. Because of the process involved in ECU remapping more fuel is going to be consumed in order to produce the increase in power. If the car is driven in an enthusiastic way after the remap has been carried out then the fuel economy will not increase (and in some cases may decreases). If, however, the driver modifies their driving style to make the most of the increased power and torque throughout the rev range then fuel economy can be increased. A good example of this could be that the improvement in torque produced by the engine after remapping means the driver no longer has to drop down a gear to maintain speed on an incline or may not have to change gear as frequently in traffic. All of these little things add up to an improvement in fuel economy. 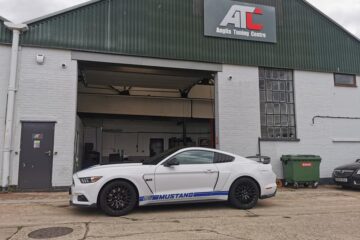 Ford Mustang 5.0 Stage 1 Remap and Backbox Delete This thing is so loud, it’s unbelievable If you are looking for more power or noise, drop us a message! 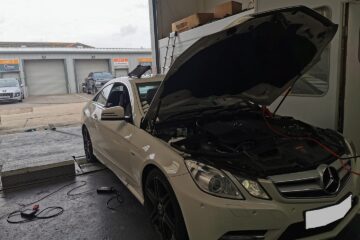 Previous customers E220 Coupe back in today to have the DPF removed and mapped again Lockdown took its toll on this vehicles dpf, with only short journeys it wasn’t able to regen, Customer had attempted Read more…